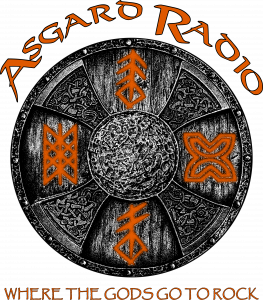 With the continued interest in our inaugural Asgard Music Awards, I have come up with some guidelines for the categories. Also, when I started Asgard Radio on April 2nd, 2010, the first band I met was Thorn Fetish. They took me to Chicago and showed me venues, introduced me to other bands, and helped me get started. Therefore, The Band Of The Year award will be named the Thorn Fetish – Band of the Year. They are no longer a band, but I am still in contact with them as friends. They were an intricate part in getting Asgard started.

Here are the guidelines for the categories:

Band: Being a great sounding band is wonderful. We are honored you allow us to play your music. However, Asgard can only do so much for the bands. We want to see bands that are working to make things happen. We want to see you marketing yourselves, putting out videos, interview, not just with Asgard, with everyone. Making yourself known to the masses. We want to play your music as much as possible. We want to cover your concerts wherever you go. But, if you are not helping yourselves grow, we can’t neither. We share on social media what you all put out. We want to see you interacting with others. That shows you’re interested in gaining fans. Basically, we want to see videos, songs, albums, social media marketing, interviews, as well as posts on how things are building up for the year.

Album: First we have to have the album. We’ll be listening to the entire album, listening how it was put together, if it is cohesive in style, and no fillers. Back in my day we called them side B songs. Well, because, albums had two sides. CD’s do not. We also want to hear growth of the band. How you have come together from the last album. No four song EP’s. Albums must be at least 9 songs or more.

Song: The song has to smooth throughout. We’ll listen for tempo, sound, technique, and if the song has lasting strength.

Video: Videos cannot be lyric videos. Show your talents. Creativity. Editing. Show your fans what you have to offer when they come to a concert.

Lead Guitar: Show you can lead the band and be bad ass

Rhythm Guitar: Don’t sit in the background, show what you have and be bad ass

Vocal: This is to show your range of vocals. Can your sing harmony as well as guttural? Can you sing together with your band members. Show your pure talent as an all-around vocalist.

Clean Vocals: I want to hear harmony out of this category. Not just that you can sing, but range, pitch, and in sync with the music.

Guttural Vocals: Let’s hear you growl. We want heavy hard-core gutturals, but we have to hear with your singing as well.

Concert: Let’s have fun. Concerts are to entertain your fans. Show everyone you can sing, play your instruments and interact with your fans.

Duo: If there are any duo songs that come across to us, we will look at them. There were a lot back in the day. Let’s see if we can get duo’s back together. This will be two singers from different bands doing a song together either on stage or recorded.

Symphonic: We want to hear that gorgeous symphonic sound. The sound of a rock band in a bowl making music that we’ve not heard yet. If you’ve heard a symphonic band, you’ll know what we’re looking for

Ballad: These were huge in the 1980’s. Let’s bring back the ballads. Show us you can play heavy metal, and bring it home with a kick ass ballad.

Video Personality: Videos are made for the bands songs. It may be just the band performing for the video or it could be a story inside the song. When there is a story, there is usually a person that is not in the band playing the lead role of the story. That’s what this category is. Bands my win for a video, but that one character that stands out in the video, the demon, alcoholic, bullied kid, or just a person having a good or bad day. If this personality stands out in your video, they deserve recognition.

Up and Comer: First time bands. Brand new out of the garage. First album, first concert even first appearance.